New technology shows the promise of an energy revolution.

Monash University has exclusively licensed a new green ammonia technology to start-up Jupiter Ionics, a company co-founded by some of the technology’s principal developers. The technology, first announced in June, offers a completely new way to produce a greener version of this essential chemical.

Their licensing announcement in November 2021 is the latest in a string of bids to develop leading ammonia technologies in Australia that can propel this (currently) deeply polluting but vital chemical towards a greener future. Other techniques have been developed by researchers at the University of Sydney and University of New South Wales (UNSW). Commercial outfits ranging from up-starter new energy enterprises to the established bastions of the energy industry are vying for a slice of this renewable pie.

Jupiter Ionics says it has secured seed funding of $2.5 million to scale up the technology for commercial use. If successful, the technology has transformative potential.

What’s the deal with ammonia?

Ammonia is a pungent gas used most prominently as a fertiliser in the food industry. It’s produced by reacting hydrogen from water with nitrogen separated from the air.

According to forecasts, the global ammonia market is set to become a whopping $125-billion beast by 2025. About 80% of the ammonia currently produced industrially is used as agricultural fertiliser; the rest is used for various other applications, including refrigerant gas, water-purification and manufacturing.

But ammonia production, at least in its current form, is terrible for the planet. Traditional ammonia production, under the Haber-Bosch method practised since the early 20th century, uses natural gas or other fossil fuels to obtain hydrogen, which is then reacted with nitrogen from the atmosphere to produce ammonia.

“So effectively, in the traditional Haber-Bosch process as we have it today, ammonia is a fossil fuel product,” says Doug MacFarlane, one of the principal inventors of the new method and a professor at Monash University.

In fact, MacFarlane says traditional methods produce about two tonnes of CO2 for every tonne of ammonia.

“Since ammonia is the source of all artificial fertilisers, and is used on most of the food produced on the planet, most of our food is actually a fossil fuel product, which is a very uncomfortable truth.”

Jupiter Ionics’ method, on the other hand, uses electrolysis to separate nitrogen from the air and hydrogen from water to produce ammonia. The reaction uses renewable energy, which means the ammonia can be called “green”.

Jupiter Ionics aren’t the only people producing green ammonia. Scientists at both the Danish Technical University, Denmark, and the Massachusetts Institute of Technology, US, are working on their own environmentally friendly ammonia production technologies, though they differ in marked ways, using an aqueous, solutions-based approach that MacFarlane says is less proven than their electrolysis-based reaction.

You may also have heard of “blue” ammonia, which is something quite different again. Where green ammonia is made by using renewable electrical energy to separate hydrogen from water and nitrogen from air, blue ammonia uses the traditional Haber-Bosch method, fed by hydrocarbons, but then deploys carbon capture and storage (CCS) to sequester the CO2 rather than releasing it into the atmosphere.

Blue ammonia is thus a riskier solution; effective permanent carbon sequestration is currently difficult to achieve. Some have suggested feeding the CO2 back into existing oil wells, but this only delays the release of the CO2 back into the atmosphere, so blue ammonia is often seen as an interim measure until green ammonia can be scaled up.

And the scaling up of green ammonia is important, because demand for the chemical is set to skyrocket, not just to feed a continually growing global populace, but because it holds promise as a fuel of the future.

“The current global market for ammonia is worth around $100 billion, but proposed new uses for green ammonia as a shipping fuel and a form of energy storage mean it could be many multiples of that in the future,” says Charlie Day, CEO of Jupiter Ionics.

It’s true: green ammonia looks like it could be a wonder chemical, offering a bevy of sustainable solutions to the world’s most vexing technological problems.

Shipping emissions contribute nearly 3% of the world’s CO2 emissions, making the sector one of the world’s most polluting, but the technology to run cargo ships cleanly on liquid ammonia is already under development. The aviation sector is also vying for a stake; at COP26, an as-yet unnamed company out of Oxford University claimed it could have ammonia-fuelled planes in the sky in the next decade, de-carbonising another deeply polluting sector.

“A number of quite big ammonia engines are being trialled literally out on the water at the moment,” says MacFarlane. “It’s definitely seen as the future of international shipping.”

And he says the aviation industry holds promise for an ammonia revolution, though it’s unlikely the chemical could ever fuel long-haul flights.

“The jet engines that could run on ammonia are not radically different from a traditional jet engine,” he says. “The major issues are the supply and storage of ammonia at the airports, and safety issues around large aircraft flying around with lots of ammonia on-board, although there’s a lot of discussion as to whether that is any bigger or smaller a safety hazard than a large aircraft flying around full of kerosene [jet fuel].”

But MacFarlane says industry is already talking about storage and production solutions at airports themselves.

“One of the concepts people are discussing for regional airports is one of our modular units actually in the airport. The ammonia would be generated on site literally under the tarmac.”

He says this could work for smaller, regional airports but not major thoroughfares like LAX or Heathrow. And ammonia isn’t a practical solution for long-haul flights, because of its energy density.

“Ammonia has an energy density – meaning mega-joules of energy per unit of weight – that is about half of that of jet fuel,” MacFarlane explains. “So, for any trip where the aircraft is taking off with a fuel load that is a substantial fraction of the take-off weight, ammonia is not a good solution.

“That means we probably won’t ever be flying Melbourne to London on ammonia, because that’s too much fuel to be lifted off the ground. But the sweet spot for ammonia is these short-haul fights, Melbourne to Sydney, Melbourne to Brisbane – all those one- to two-hour flights which are actually a huge proportion of aviation.”

And it’s not just in fuelling transport that ammonia holds revolutionary potential.

“The other use of ammonia is as a vector to carry renewable energy across the planet effectively from renewable-rich areas like Australia to energy-poor areas like South Korea and Japan,” says Day.

Ammonia can be used to store and transport renewable energy in the form of hydrogen – a clean fuel that, when consumed in a fuel cell, produces only water.

“Ammonia has really nice properties for that in the sense that it’s easier to transport than hydrogen – in fact, it’s more dense in hydrogen than hydrogen itself in most cases.”

Are there any downsides to ammonia?

But while green ammonia may be produced sustainably, is its consumption as fuel completely clean?

The answer is murky.

“That’s a very important question,” says MacFarlane. “In principle, with burning of ammonia under really well-controlled conditions, the product is nitrogen which goes back into the atmosphere where it came from, so that cycle in principle is a closed loop.

“However, if the burning of the ammonia in the engine is not well controlled, then there’s always potential for NOx gas production.”

NOx gases, or nitrogen oxides, are highly poisonous and volatile gases that can play a major role in the atmospheric reactions that produce ozone – or smog – especially on hot summer days.

Fortunately, MacFarlane says, the technology to prevent NOx gas production in ammonia engines is well developed, and – helpfully – requires ammonia as an input.

“Ammonia plus an NOx gas in the right amounts chemically will bring both of them to nitrogen, so it’s one of the cases where chemistry is really on our side – if you happen to have ammonia on board already, and the right engine management system, you can pretty much bring NOx in the tailpipe down close to zero.”

Nonetheless, MacFarlane says, keeping a close eye on potential NOx emissions and leaks is crucial if we want to avoid screwing up yet another of Earth’s chemical cycles.

“And the nitrogen cycle on the planet is quite complex, so even just fugitive [NOx] emissions in producing very large quantities of ammonia, or uncontrolled NOx emissions if engines aren’t properly tuned, are things we need to be very aware of. We have to make sure we have all of the right checks and balances in place if we see a massively growing ammonia economy.”

Scaling up – and down – to localise ammonia production

Thinking back to fertilisers – which are currently the most significant application of ammonia by a country mile – Jupiter Ionics plans to begin producing ammonia fertiliser on a modest industrial level, thanks to the new seed funding.

“We’ve been talking to some farmers, and we think that once you start getting to the point where you can make 10 or 20 kilos of ammonia per day, that can support an individual farmer’s fertiliser needs,” says Day. “Our development plans are focused on that in the short term and then scaling up from there.”

And, Day says, one of the benefits of their technology is that it can be scaled up or down incredibly easily.

“Because it’s an electrochemical process, the fundamental unit is a cell. And once you get a cell working on a particular scale, the way to scale up is you just bolt more and more cells on next to each other, so it’s quite modular in that sense.”

That also means that another potential business model could be producing and commercialising the technology itself, for farmers to use on the ground in situ to produce their own fertiliser.

“That’s a topic of live debate within our organisation – what the right business model is,” says Day. “Some companies will be technology developers, and they’ll license the technology to someone who makes the equipment; others go the step further of making the equipment themselves and selling the product to the end user; others integrate even further and say they’ll provide the finance and the box to use and you lease it.”

It could be a powerful opportunity for farmers to take the production of fertiliser into their own hands, which would dramatically shake up existing fertiliser markets. Moreover, Day says, the technology could be used to store energy from renewable energy sources like wind and solar.

Ultimately, a green ammonia revolution appears to be on the horizon, and the traditional producers will be looking for ways to jump on board.

Says MacFarlane: “It’s an interesting shakedown, shall we say, that’s coming in the industry.” 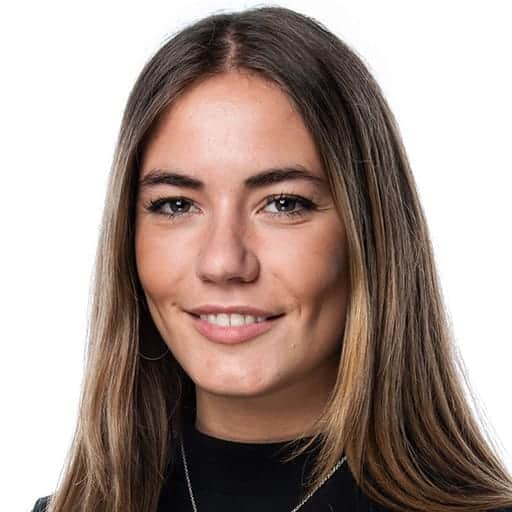 Amalyah Hart is a science journalist based in Melbourne. 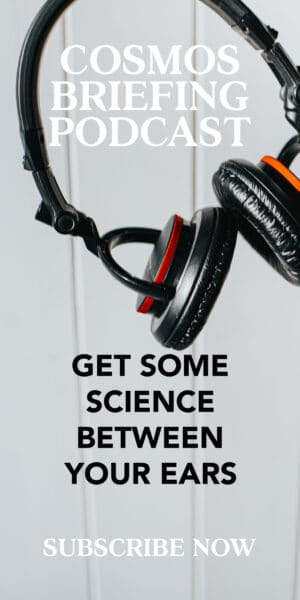