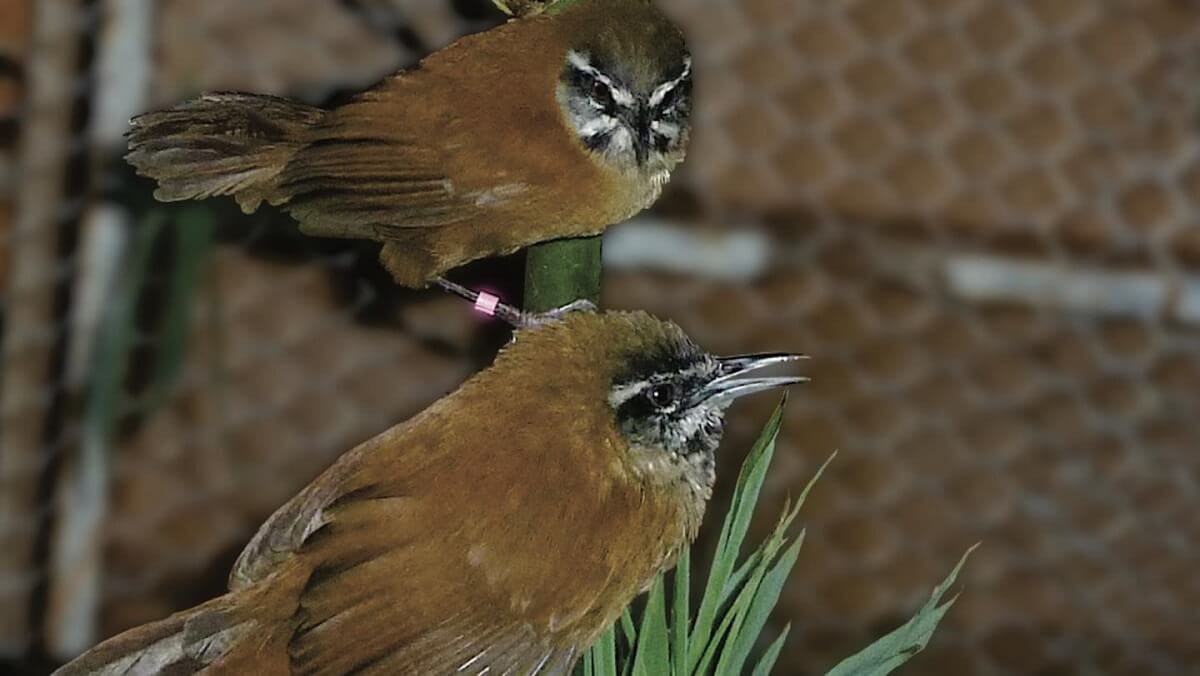 The great duetters in history may have had more than just musical chemistry: for songbirds, there could even be a link between minds.

In a new study, published in the Proceedings of the National Academy of Science, researchers studied the brains of male and female plain-tailed wrens as they sang duets. Their synchronised music wasn’t just a matter of practice – it was the result of complex auditory feedback that inhibited the motor circuits in their partners’ brains.

Put simply, if one bird was singing, the parts of its partner’s brain used for song-making would be temporarily “shut off” until the first bird was finished.

“You could say that timing is everything,” says co-author Eric Fortune, of the New Jersey Institute of Technology, US.

“What these wrens have shown us is that for any good collaboration, partners need to become ‘one’ through sensory linkages. The take-home message is that when we are cooperating well…we become a single entity with our partners.”

“Think of these birds like jazz singers,” says Melissa Coleman of Scripps College, US, a corresponding author of the paper.

“Duetting wrens have a rough song structure planned before they sing, but as the song evolves, they must rapidly coordinate by receiving constant input from their counterpart.

“What we expected to find was a highly active set of specialised neurons that coordinate this turn-taking, but instead, what we found is that hearing each other actually causes inhibition of those neurons – that’s the key regulating the incredible timing between the two.”

To learn about the birds, the team travelled to remote bamboo forests on the active Antisana Volcano in Ecuador, where the plain-tailed wrens have an active music scene. They then recorded the wren songs, both solos and duets, and analysed sensorimotor activity in the birds’ brains.

They found that the singing bird had rapidly firing neurons, but the bird waiting its turn was using significantly fewer neurons – until it had its turn again.

“You can think of inhibition as acting like a trampoline,” explains Fortune. “When the birds hear their partner, the neurons are inhibited, but just like rebounding off a trampoline: the release from that inhibition causes them to swiftly respond when it’s their time to sing.

“These mechanisms are shared, or similar, to what happens in our brains because we are doing the same kind of things.

“There are similar brain circuits in humans that are involved in learning and coordinating vocalisations.”

The authors suggest that this could be a fresh look at how humans use sensory cues to sing or dance together, but that the normal cues might be a little off when we aren’t seeing each other in person.

“These days, inhibition is occurring at all the wrong times when we have poor internet connections during our Zoom, WebEx, and Facetime conferences. The delays affect the sensory information that we rely on for coordinating the timing of our conversations,” says Coleman.

“I think this study is important for understanding how we interact with the world whenever we are trying to produce a single behaviour as two performers. We are wired for cooperation, the same way as these jazz singing wrens.”