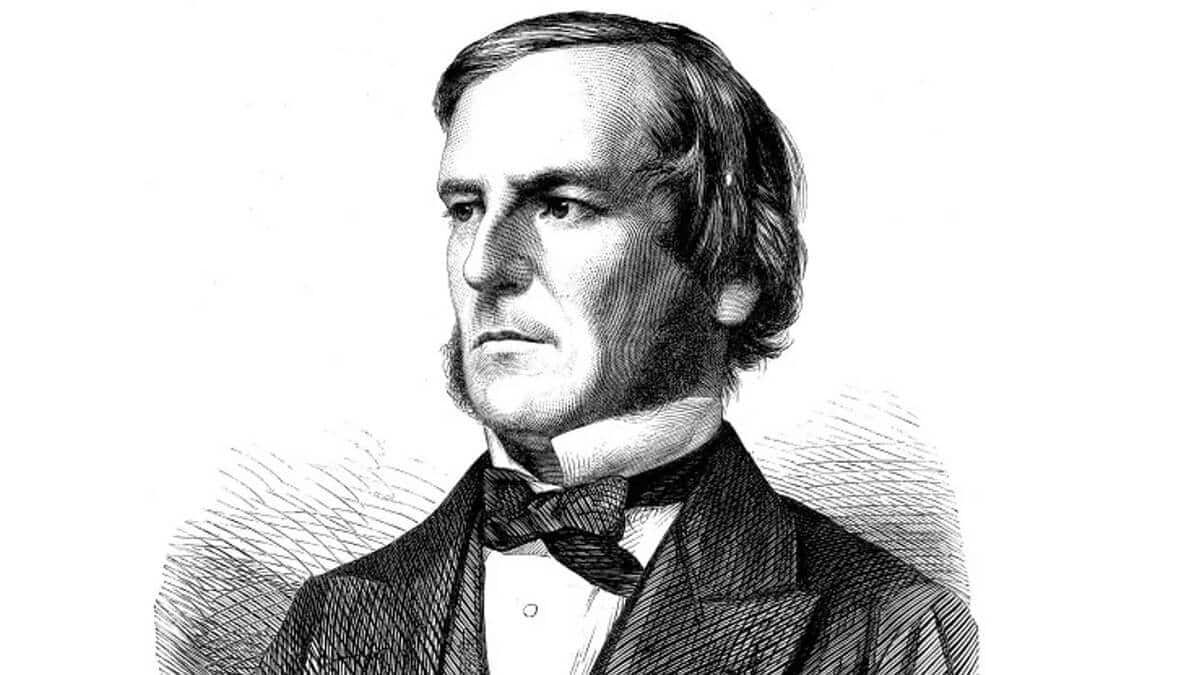 George Boole was born on 2 November 1815 in Lincoln, Lincolnshire, in the East Midlands of England. He spent his career as professor of mathematics at Queen’s University in Cork, Ireland.

Boole married Mary Everest, niece of Sir George Everest, the Welsh geographer who served as Surveyor General of India from 1830 to 1843. Renowned for his work on the Great Trigonometrical Survey of India, Everest was honoured by having his name bestowed on the highest mountain on Earth.

George and Mary had five daughters. The eldest, Mary Ellen (1856–1908), married Charles Howard Hinton (1853–1907), an extraordinary Oxford University-trained mathematician known for his work in developing a theory of the fourth dimension of space.

Third daughter Alicia (1860–1940) was called the ‘Princess of Polytopia’ by the American Mathematical Society because, although lacking in formal education, she was inspired by brother-in-law Hinton’s work – according to an article published by Scotland’s University of St Andrews School of Mathematics and Statistics, she “developed an amazing feel for four-dimensional geometry – she introduced the word ‘polytope’ to describe a four-dimensional convex solid”.

This was a household steeped in mathematics, and it was led by father George, who is described by the Stanford Encyclopedia of Philosophy as “a founder of the algebraic tradition in logic”, who “revolutionised logic by applying methods from the then-emerging field of symbolic algebra to logic”.

His work became known as Boolean algebra. An article published by University College Cork (UCC), which calls itself “the academic home of George Boole”, explains that “by classifying thought and codifying it using algebraic language, Boole invented a new kind of mathematics.

“A century later, Boolean algebra would provide an ideal foundation for designing the electronic structure of computers, and for manipulating information within computers.”

The UCC calls Boole “an unorthodox genius who was largely self-taught,” and says “he laid down foundations which set mathematics on a new path”.

In 1854 Boole published An Investigation Into the Laws of Thought, On Which Are Founded the Mathematical Theories of Logic and Probabilities, which the University of St Andrews describes as “his most important work”.

“Boole approached logic in a new way, reducing it to a simple algebra, incorporating logic into mathematics,” the St Andrews article explained. “He pointed out the analogy between algebraic symbols and those that represent logical forms. It began the algebra of logic called Boolean algebra, which now finds application in computer construction, switching circuits etc.”

As an example of how Boole’s logic has been crafted into today’s technology, an online computer-science tutorial from New Jersey’s Princeton University explains: “A boolean function is a mathematical function that maps arguments to a value, where the allowable values of range (the function arguments) and domain (the function value) are just one of two values – true and false (or 0 and 1). The study of boolean functions is known as Boolean logic.”

According to a 2011 article published by the New York Public Library, “Boolean searches allow you to combine words and phrases using the words AND, OR, NOT (known as Boolean operators) to limit, broaden, or define your search. Using AND narrows a search by combining terms. Using OR broadens a search to include results that contain either of the words you’re looking for. Using NOT will narrow a search by exclusion.”

Boole was recognised for his work with honorary degrees from the universities of Dublin and Oxford, and was elected a Fellow of the Royal Society in 1857.

He died on 8 December 1864, age 49, with the St Andrews article saying that he walked home one evening in a heavy rainstorm and became ill with “a feverish cold which soon fell upon his lungs and terminated his career”.

It added a coda to the story: “Boole’s wife believed that a remedy should resemble the cause. She put Boole to bed and threw buckets of water over the bed since his illness had been caused by getting wet.”

Originally published by Cosmos as George Boole executes a search