In the 1964 movie Goldfinger, based on the book of that name by acclaimed British writer Ian Fleming, the avaricious Auric Goldfinger captures Secret Service agent James Bond, straps him to a thick metal table and sets a laser beam to begin burning through the table and perhaps eventually slicing through the British super spy. Much later in the film (spoiler alert), the laser is used to cut open the heavy steel door into the bank vault at Fort Knox, the depository for the United States gold supply.

None of the action described above appeared in Fleming’s novel, which was published in 1959. Theodore Maiman made the first light amplification by stimulated emission of radiation – or laser – operate on 16 May 1960 at the Hughes Research Laboratory in California, “by shining a high-power flash lamp on a ruby rod with silver-coated surfaces”.

That description of the first working laser is by Charles Townes, selected from the 2003 book A Century of Nature: Twenty-One Discoveries that Changed Science and the World, a collection of articles from the journal Nature.

“When the first working laser was reported in 1960, it was described as ‘a solution looking for a problem’,” Townes writes. “But before long the laser’s distinctive qualities – its ability to generate an intense, very narrow beam of light of a single wavelength – were being harnessed for science, technology and medicine. Today, lasers are everywhere: from research laboratories at the cutting edge of quantum physics to medical clinics, supermarket checkouts and the telephone network.”

Townes, at the time working at the Massachusetts Institute of Technology, in the US, is more than a commentator on lasers: he’s the joint winner of the 1964 Nobel Prize in Physics, “for fundamental work in the field of quantum electronics, which has led to the construction of oscillators and amplifiers based on the maser-laser principle”.

A 2003 edition of the American Physical Society (APS) publication This Month in Physics History recognises December 1958 as the date for the “invention of the laser”, and adds, “the question of who really invented the laser has proven to be a fairly litigious one”.

The principle of the laser dates back to 1917, it says, when Albert Einstein first described the theory of stimulated emission. But “the practical device has its roots in the 1940s and early 1950s, particularly the work on microwave spectroscopy – a powerful tool for discovering the characteristics of a wide variety of molecules – by physicists Charles Townes, Arthur Schawlow and others, and the subsequent invention of the maser (microwave amplification by stimulated emission of radiation).”

Townes and colleagues at Columbia University in New York demonstrated a working maser – a precursor to the laser – in 1953, “two years after similar devices were independently invented by researchers at the University of Maryland and Lebedev Laboratories in Moscow”, the APS says.

Townes had developed theories about the wavelengths of infrared and optical light, which were shorter and would be more powerful tools for spectroscopy. He discussed his ideas with his brother-in-law, Schawlow, who was working in New Jersey at Bell Labs, and Schawlow came up with several important theories about how a laser might be constructed.

Townes and Schawlow wrote a paper on the proof of concept for their work, published in the December 1958 issue of the Physical Review, hence the reason for assigning that date to the invention of the laser.

They received a patent for the invention of the laser two years later – “the same year the first working laser was built by Theodore Maiman”. Townes received his 1964 Nobel honours, and in 1981 Schawlow shared the physics prize for his contributions to the development of laser spectroscopy.

Townes was born on 28 July 1915 in Greenville, South Carolina. He earned a master’s degree in physics from Duke University, in North Carolina, in 1936, and a PhD from the California Institute of Technology in 1939.

He and Schawlow are often associated with the invention of the laser because of their 1958 paper and subsequent patent, the APS says, adding that “numerous others made vital contributions”. One of those vital contributors was Gordon Gould.

An article published by the Lemelson-MIT research program explains that in 1957 Gould was working towards a PhD in physics at Columbia University, where Townes was teaching. Gould was doing research in microwave spectroscopy.

“One Saturday night, Gould was inspired ‘in a flash’ with a revolutionary idea: Light Amplification by Stimulated Emission of Radiation, or the laser.”

By the end of that weekend, it says, “Gould had designed a device that he predicted could heat a substance to the temperature of the sun in a millionth of a second”.

“Fearing competition, Gould abandoned his doctorate in order to focus on bringing his invention into production quickly. He spent 1958 refining and improving his model, but he did not file for a patent until 1959, believing that he had to build a prototype before filing. Unfortunately, this resulted in a 20-year legal battle, which Gould finally won in 1977, when the first of his laser patents was issued.”

Townes, meanwhile, was more interested in Maiman’s paper, “Stimulated optical radiation in ruby”, in which he describes his 1960 laser display, published in the 6 August 1960 edition of Nature.

“Maiman’s paper is so short, and has so many powerful ramifications, that I believe it might be considered the most important per word of any of the wonderful papers in Nature over the past century,” Townes says.

Townes joined the University of California at Berkeley in 1967 as a professor and launched an astrophysical program, researching subjects such as nonlinear optics, radio astronomy, and infrared astronomy.

Originally published by Cosmos as Charles Townes shines a light 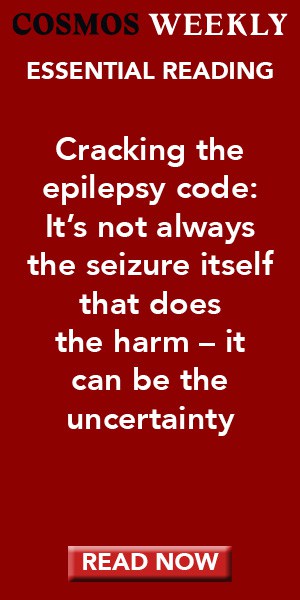